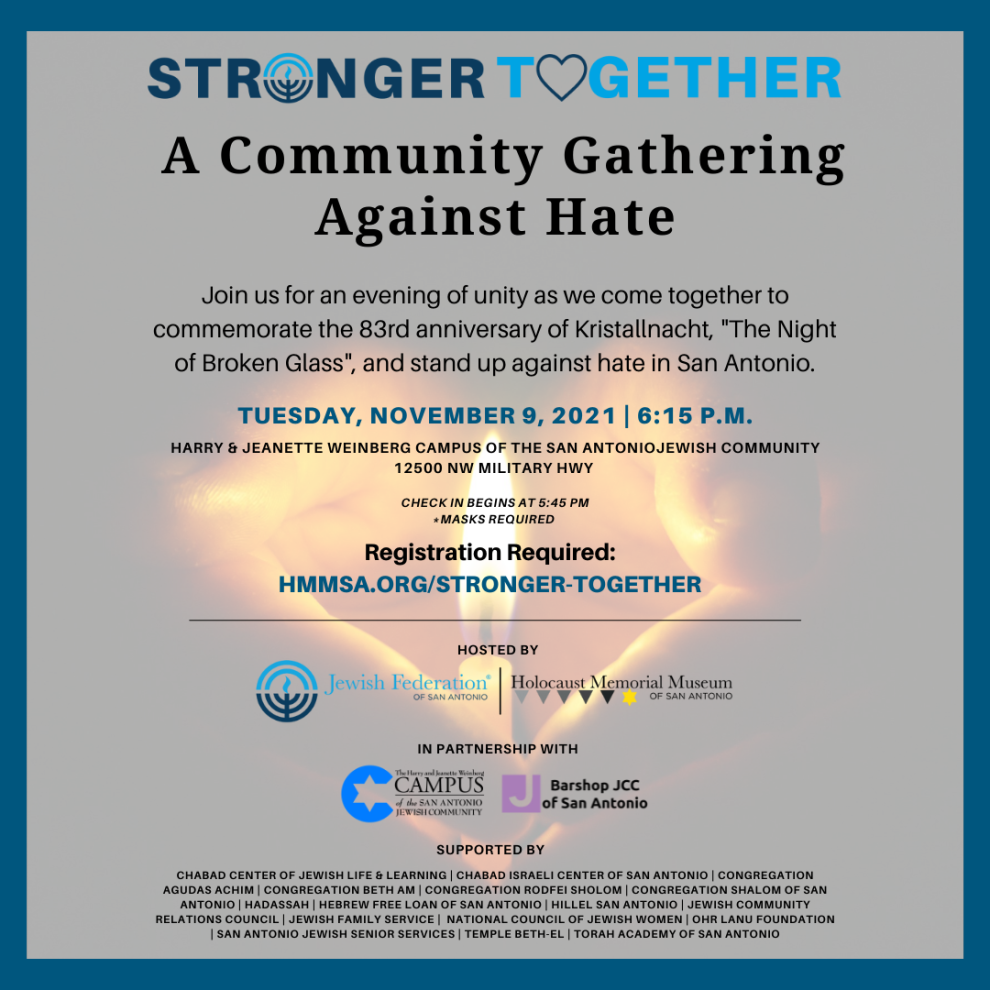 We will be commemorating the 83rd anniversary of Kristallnacht (“The Night of Broken Glass”). This day is recognized as the turning point in the genocide of the Jews of Europe. Up until then, antisemitism was primarily based on words and messages of hate, including legislation that separated and limited Jewish communal operations. Kristallnacht was the night that tested the local community’s and world’s tolerance for physical aggression toward the Jews… and the world failed!

In commemoration of the 83rd anniversary of Kristallnacht, we will join in unity, next Tuesday, November 9th at 6:15 pm, on the Harry & Jeanette Weinberg Campus of the San Antonio Jewish Community. We will proudly come together with local elected officials and neighboring interfaith leaders to show that San Antonio is a city of upstanders who will not stand by when hate is bellowed in our city streets.